I was up in the Sycan Black Hills Camp
workin’ for old Z-Cross,
This was my own piece of country,
I was cook and crew and boss.
The afternoon of that year
was comin’ on as I recall,
Meanin’ summer’d hit the cap rock
and slid right down into fall.

The days was warm and pleasant,
though the nights were kinda sharp.
I had a nice snug little cabin
to keep the cold wind off my tarp.
Aspen leaves was turnin’ yellow,
bees was buzzin round the hive,
And it was just one of them there days
when it was great to be alive.

So I’m a-ridin’ along that mornin’
lookin’ out beneath my hat.
I thought I’d make a little circle
down through Silver Dollar Flat,
And maybe brand some big slick yearlin’
with the address of this farm,
Because I sure did need to limber up
my old stiff ropin arm.

I’d been just kinda’ travelin’
down this little open draw
When I came around a corner
and I’s amazed at what I saw.
I pulled my horse up, sat there a-gawkin’
and my eyes went plumb agog,
‘Cuz there’s a big old brindle he-bear
diggin’ ants out of a log.

My old heart commenced to poundin’
and I couldn’t get ‘nough air,
I knew I’d never have a better chance
to rope myself a bear.
I was trying to jerk my rope down,
my old horse began to dance.
Hell, old Bruin, hadn’t seen me,
he’s still busy diggin’ ants.

I had my rope tied hard and solid
so I said a little prayer,
Then I let out a cowboy war whoop
and I built right to that bear.
The old beast heard me comin’
and he beat it for the trees.
They weren’t no moss a-growin’ on him
and he sure did split the breeze.

But I pulled right in behind him
and like that bible story told,
I cast my bread upon the water,
and it came back a thousand fold!
Well, I pitched the slack right at him
and I turned my pony neat,
And I heard him grunt as he hit the ground
as I jerked him off his feet.

Then I towed him toward the timber
just the way it should be done.
Hell, there wasn’t nothin’ to it;
ropin’ bears is lots of fun.
In the timber I got busy
dodgin’ limbs and brush and such,
And I ain’t had time
to check up on my cargo very much.

I’m gonna start by breakin’ him to lead
or at least that’s what I hope.
Then I looked back and here that bear come,
hand over hand right up my rope.
Well things sure started lookin’ different
so I tells him, “OK Bruin,
I’ll start payin’ more attention
to this little job I’m a doin’.

“I’ll just zig and zag and circle some,
now you just follow me
‘Cuz you’re about to meet your maker
on some big old Jack Pine tree.”
Well, I zigged and zagged and circled
but it seemed to no avail
And next time I checked,
old Teddy’s right behind my horse’s tail.

About that time, why, my old pony
made a funny little jump,
And that old bear he started climbin’
up my rope, across his rump.
I yelled and squalled and hollered
and I slapped him with my hat,
But that old bear was plumb determined;
he’s comin’ right up where I’m at.

You know, I’ve knowed a lot of people
in the hills and on the plains,
And nobody ever told me
I was over blessed with brains.
But it didn’t take no Einstein
with no special high IQ
Nor no call from God to tell me
what that bear was gonna do.

I know a coward’s way out’s a bad one
in most anybody’s book,
But that’s the only route left open now
so that’s the one I took.
I just bailed off and checked it to him,
but a big rock broke my fall.
Old boy, I said, it looks to me
like you just bought it all.

As they went crashin’ through the timber,
why, I realized, of course,
That I’d just lost a damn good saddle
and the company’d lost a horse.
And how’s a man supposed to tell it
with the boss astandin’ there
You took a plumb good horse and saddle
and just gave ’em to a bear?

These thoughts and lots more like ’em
kept a-runnin’ through my mind
As I went limpin down that cow trail
tryin’ to leave that wreck behind.
My clothes was sorta tattered
and I’d lost some chunks of hide,
But my body wasn’t hurtin’
near as much as was my pride.

Then I heard a noise behind me
and the sound began to swell,
Back the way that I’d just come from
and I wondered what the hell?
Then I seen my horse a-comin’,
steppin’ lively down the slope
That old bear’s up in my saddle,
got a loop built, swingin’ my rope.

SUNNY HANCOCK was born and reared on a ranch outside of Williams, Arizona. He was either in or close to the cow business for most of his life. He started writing and reciting poetry as a young man. Hancock worked part time as a logger and also wrote about that occupation. He was known for his wit and dry humor. After retirement, he and his wife, Alice, lived in Lakeview, Oregon, where they had a house and five acres on which they “tried to fatten steers in the summer to pay the taxes.” He died in 2003. 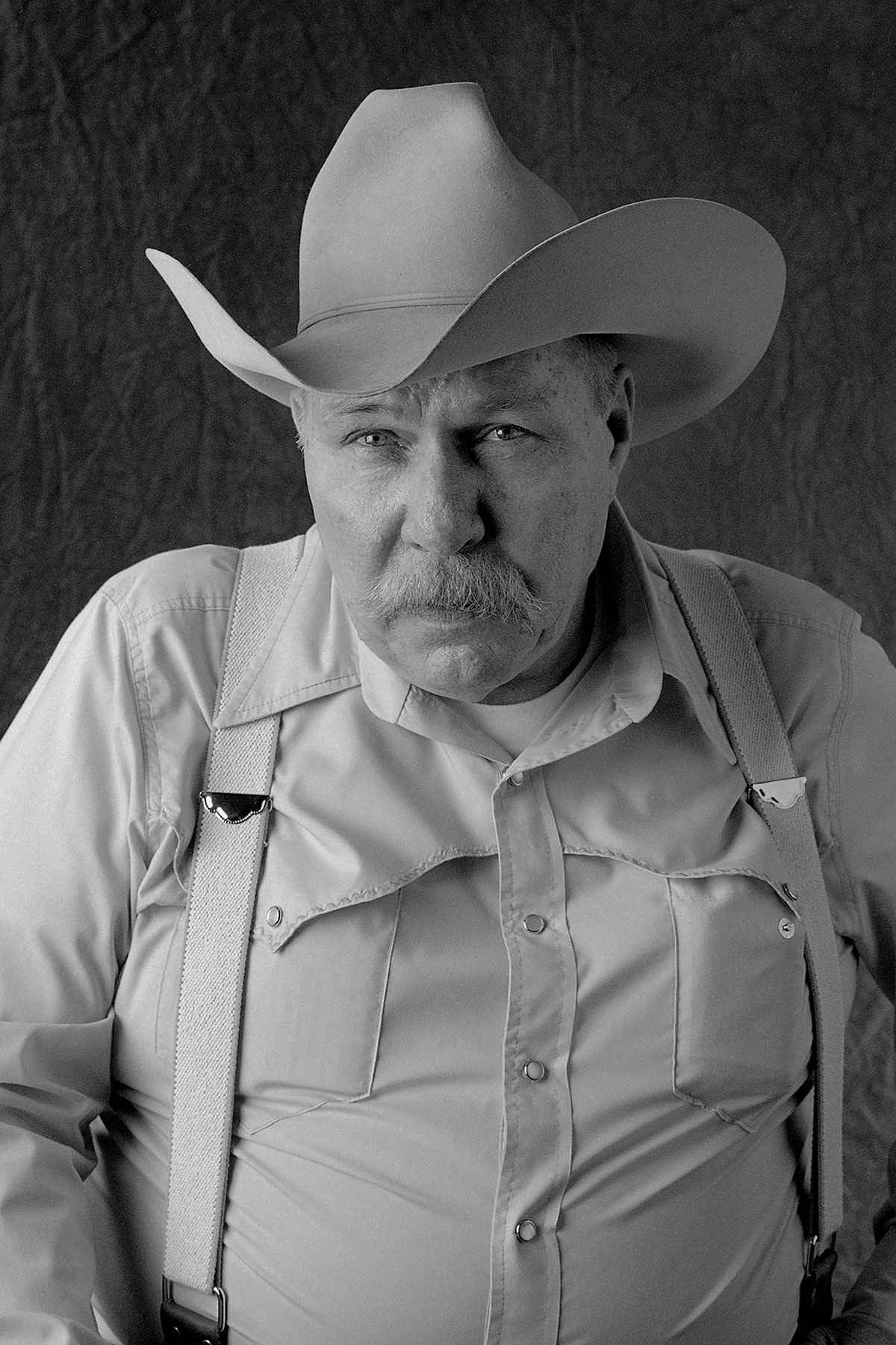 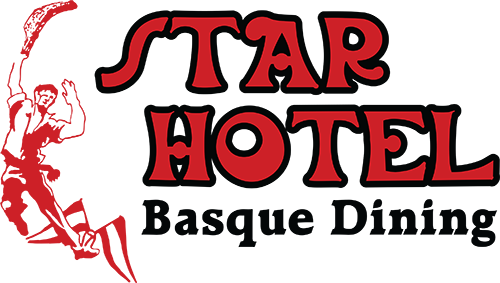