My passion for photography began when I was gifted my first camera at age twelve. I was captivated by the mechanics of the camera, the technology that created the latent image on film, and the magic of the darkroom that brings it all together as a photograph.

During the years following high school, photography was merely a serious hobby and continued to be as I pursued a career in corporate America. As my tenure in corporate America became less fulfilling — soul numbing actually — and my creative appetite became more robust I found myself in a situation of having to make a major life changing decision, ‘Corporate or Creative’ — Creative won, and in 1983 I exited the corporate world. This began my journey to honor my creative self through the medium of photography.

My commitment to photography has taken me to every corner of the U.S., as well as many European countries. As a working photographer I’ve been introduced to the most interesting persons and events, both inside and outside the medium of photography. Over time I have been blessed with amazing opportunities which included a sixteen year appointment as an ‘Ambassador for the Eastman Kodak Company’ assigned to the Grand Canyon National Park, Arizona. My responsibilities included designing and conducting photo programs for park visitors in addition to photographing the Southwest for the Kodak Company.

In 1986 I began a project with the Western Folklife Center, in Elko, Nevada creating formal portraits of the poets and participants at the annual ‘National Cowboy Poetry Gathering’ in Elko. This project is now in it’s 34th year.

My exhibition record includes numerous one person and group shows in galleries and museums throughout the U.S., Europe, and Australia. In 2000 I was the recipient of the ‘International Grand Prize Award’ granted by the Photo Imaging Education Association, which resulted in my work being shown in 45 venues worldwide.

I continue to work on personal projects, produce limited edition portfolios and teach workshops in the US and Europe. I reside in Philadelphia where I nurture my passion for life, photography, and the photographic image. 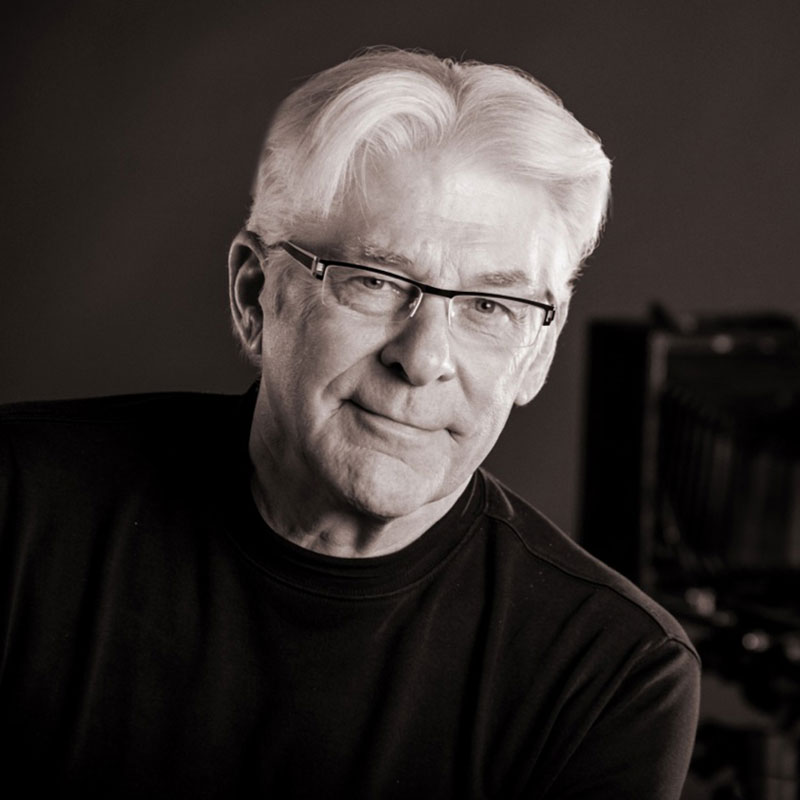